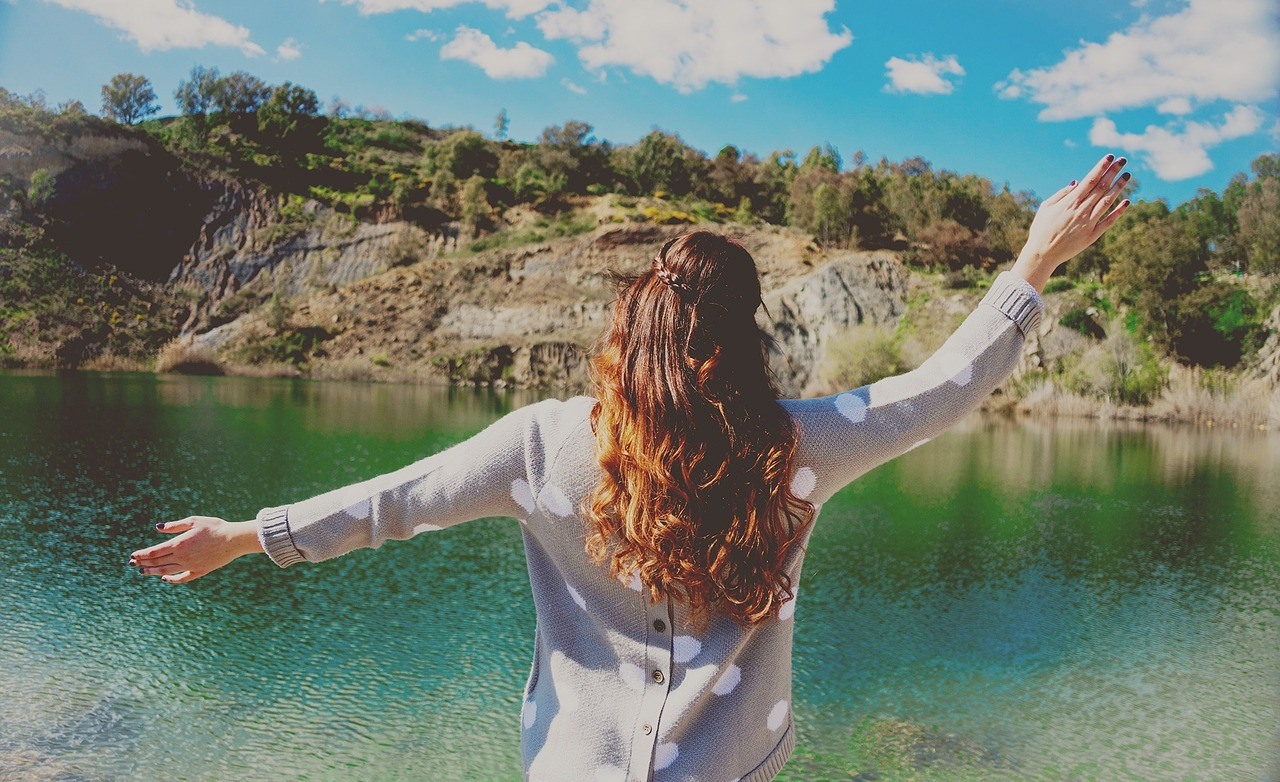 Getting out of your own way

My story is a simple one. This is not about some out-of-this-world adventure nor will it be a rags to riches type of story but it is one that most anyone can relate to. This is the story of how I defeated my demons and got out of my own way.

We’ve all been there, the infamously wild college years where we pushed the boundaries, challenged everything we could, and blatantly disregarded our bodies. We drank absurd amounts of alcohol and experimented with drugs. We were indestructible. We were insatiable. We were blocking our own way to success!
The majority of us make it out of these party years and settle into adulthood rather seamlessly but there are some who struggle with the transition and even some who never make it out at all.

No two people will handle a specific circumstance the same way. Me personally, I’m a bit of a perfectionist. When I do something I like to do it right and so regardless of what that particular thing is (cooking a delicious meal or being reckless with my friends) I always give it my all. I also led a very balanced if not somewhat ‘sheltered’ childhood so when I turned 18, I was much more wide-eyed and eager to explore my freedom than most. My innocent excitement and passion for experiencing new things would eventually be my undoing but it would also come to be the foundation of my re-birth.

Like it or not, the company you surround yourself with says a lot about who you are and where you’re going. Unfortunately for me, I was not in a stable place and did not surround myself with people that challenged me to grow. Sure my friends were great. We had a lot of fun together and they were quick to lend me money, bum me a smoke or even help me get to work when my car had broken down, but at the end of the day very few of them genuinely cared for my well being.

My life revolved around the party. All that mattered was convening with my group of friends everyday after work to drink, smoke and just ‘hang out’. Many of my friends were musicians and we would spend hours ‘jamming’ or going to see them play at the local bars. I started going to a lot of concerts and festivals and I began experimenting with different drugs. There was no thought of the future. No long-term or short-term life goals. There was only today and tomorrow, and just as I was in yet out of the moment, I was also in and out of college. I didn’t know what I wanted to do with my career I just knew I was ‘supposed’ to go to college and I ended up changing my major more than once. Over time I managed to accumulate student loan debt without earning a degree to show for it.

While my friends were some of the funniest and original people I had ever known, they wanted different things than me. They were content with this lifestyle and had no intentions of ever changing it. They made it work for them. It became a part of their identity. They wanted to stay in the same town and go to the same bars and do the same things day in and day out, year after year. I never wanted that, I was just living in the moment. The only problem was, this particular moment seemed to be lasting a lifetime. It started to define me and I couldn’t figure out how to shake it.

I was struggling with bills. As a young, single female working full-time (I’ve never once been unemployed and typically worked over 40hrs a week) I made too much money for any government assistance yet not enough to cover living expenses. My credit suffered and I found myself having to decide which bills to pay for the month and which to let stack up. I drowned my stresses in alcohol. In fact, more often than not I found myself wallowing numbly on a wobbly bar stool. I felt alone even when surrounded by friends. I was depressed. I was disappointed in myself for failing to prosper regardless of my work-ethic and professionalism on the job. I felt that without a college degree I was amounting to nothing. I hated waking up hungover with an empty wallet, feeling ashamed of things I might have said or done the night before. Yet for some reason, I convinced myself that I worked too hard to sit home alone and deserved to go have fun in my free time. So there I was, at it again as soon as I clocked out from work.

After a while, I started to open my eyes to the reality of my situation. One day, I looked at a picture of myself and saw that I had gained a lot of weight and took note that I no longer spent much time or money on my appearance. I started to realize that my friends didn’t really know me at all. They would say certain things were ‘so me’ but I didn’t agree. It was as if my friends were telling me who I was and I realized that this must be the picture that I had painted for them. All they knew was the ‘party’ me and anyone who has gone through any type of recovery can attest that the ‘Party’ you, is often times a very different person.

I wanted so badly to get back in touch with the old me. The vibrant young girl with all her dreams laid out before her. To her, nothing was unobtainable. She was a leader. She was secure in who she was and what she wanted. Everyone she met told her that she was special, that she was different, that they could tell she was going to amount to something, and they meant it. What happened to her? Where did I go wrong?

I knew that the only way to change my circumstances would be to change myself and so once I finally hit rock bottom and acknowledged that I genuinely wanted change, I stopped wallowing so much in my problems and started focusing on the solutions. I stopped going out. I stayed home and kept my mind occupied with video games, movies and other forms of harmless entertainment. This cut a lot of drama out of my life as I learned that many of my friends weren’t interested in hanging out if it didn’t involve drugs or alcohol. This also saved me a lot of money and I became healthier. I was sleeping better and dropped 2 pant sizes without diet or exercise.

I stopped smoking cigarettes as well. I did this naturally by limiting myself to a certain # of cigarettes a day and just tapered down until I hit 0. I found it amazing how powerful self-image could be. Just by telling myself (and believing it) that I was not a smoker, cravings became few and far between. Food started to taste richer, I was breathing deeper and much to my delight, the raspiness in my voice had faded.

My credit got better, I was able to pay off my debts and no longer had to choose which bill I would pay on time each month. I started to pay more attention to myself. Instead of spending the little bit of money I had leftover from bills on a night of bad decisions, I was spending it on new clothes and things to make my home life more comfortable. Instead of spending my days off chain-smoking cigarettes, drowning in alcohol and laughing at the same old jokes; I was making memories, exploring new places and getting back in touch with myself.

As I demonstrated consistency with ‘doing the right thing’, positive things began to happen to me and they kept happening. I found that as long as I stayed positive (focusing on solutions instead of problems) and as long as I remained persistent, I could achieve anything I was after. I found a higher paying job and moved to a new state with my wonderful boyfriend (who saw beyond my messy, broken exterior and helped me stay on track throughout this journey). I feel closer to my family than ever before and I’m much more secure in who I am and what I want. I am no longer ashamed of my past as it has only helped me to learn exactly who I don’t want to be. I reflect on this with gratitude and remind myself that some are not as fortunate to have learned what I have this early in life.

I no longer seek friendships with those who I find to be in a similar place as me mentally. Now I seek friendships with those who challenge me intellectually. I believe in growth and seek to inspire others in this pursuit. Life is a never ending battle of balance and if you stop to smell the roses too long the tides of life will inevitably pull you backward. Keep moving and keep seeking to be better in some way than you were yesterday.

I refuse to become a product of my environment and I will never again forget my worth or fail to live up to my potential. When I’m going through a tough season I look back on this one and remind myself that I’m going to be somebody and you know what the best part about that is? Absolutely no one else in this world can determine who I will be, but me.

I hope my story has resonated with you and empowered you to get out of your own way.

Subscribe to our newsletter for updates and health tips.

This site uses Akismet to reduce spam. Learn how your comment data is processed.

As if we didn’t already have enough on our minds, along came Coronavirus with a slew of new challenges. We do our best to navigate

Using Affirmations to Cure Self Doubt

Our mental image (or mental health) is reflected in our words, actions and physical well-being. It drives the decisions we make each day and the